Limited edition hand c-type prints by master printer Brian O’Leary, are printed to order in the following sizes and editions. For technical information about the printing and framing please see below.

All prints are sized in inches, each print is signed, dated and numbered by David on the front. Certificates of authenticity are provided and come affixed to the back of the frame, or included with the print if shipped unframed. 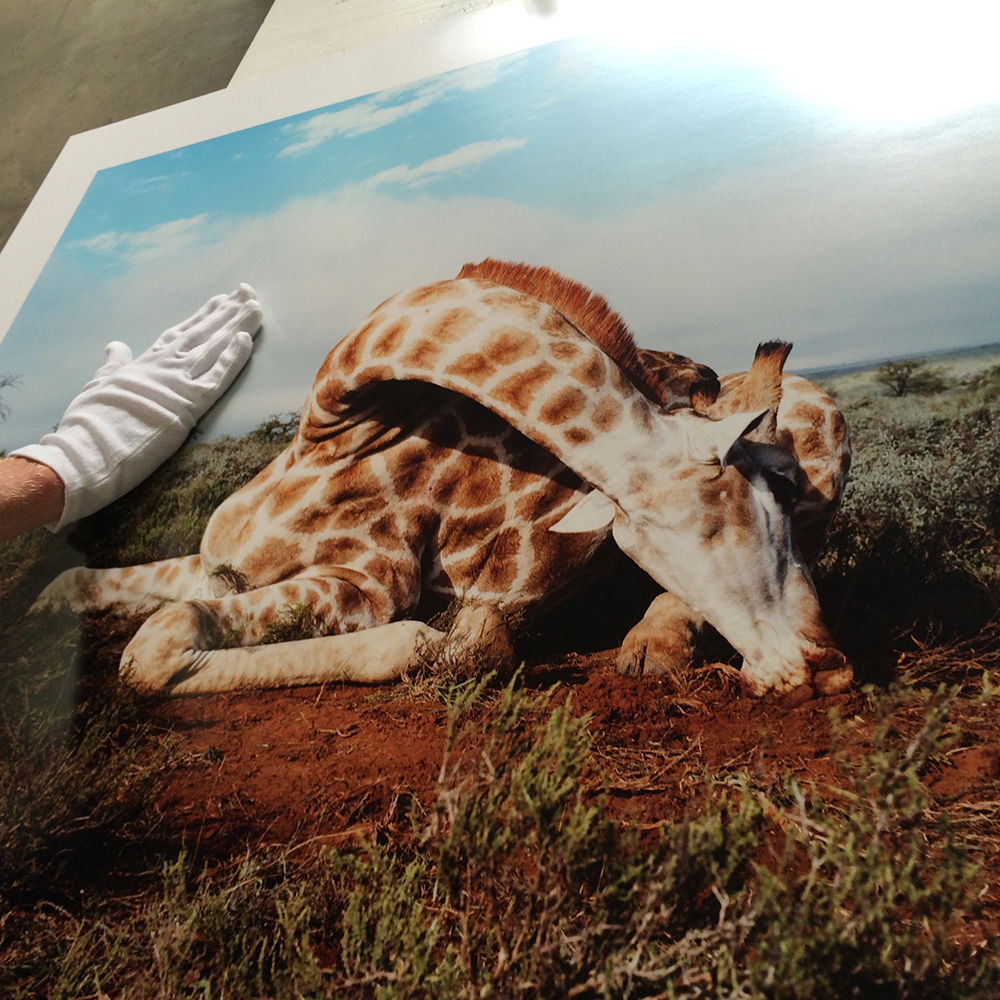 A series of limited open-editioned, unsigned digital c-type prints are as sized below. These are in an edition of 100 prints per image.

All of David’s images are produced by master printer Brian O’Leary at Artful Dodgers, London. Highly regarded in both traditional c-type printing (darkroom) and digital c-type printing, they work with the leading galleries and some of the most recognised contemporary photographers in the world today.

A digital c-type is a photographic print, on light-sensitive paper, that has been exposed using digital technology, rather than traditional analogue (otherwise known as ‘darkroom’) techniques, and this is used when a colour film negative is not present.

Digital c-types are created by exposing the paper using lasers or LEDs rather than a bulb, as in a darkroom. The second part of the traditional process is much the same however: the paper is processed in a photographic developer, followed by bleach fix before being washed to remove the processing chemicals.

The Mounting and Framing

Prints can be purchased framed, or unframed.

Framed prints are provided by through our long-term framing, and photographic mounting partner in London, A.Bliss has been supplying bespoke, production services to the art world and beyond for over 50 years, and have been with David from the start of his photographic journey. A.Bliss have crafted many of the frames used in David’s recent exhibitions.

A.Bliss are mounting and framing specialists with over 50 years experience in the industry. They strive to retain and upgrade their knowledge base at every opportunity through collaboration, training and the projects they work on.

The main workshop in Clerkenwell, Central London is open to clients, where they consult on projects using extensive product samples. It is equipped with the largest mounting machinery available and they also retain a traditional hot mounting press essential for the long term conservation of photographs and artwork..